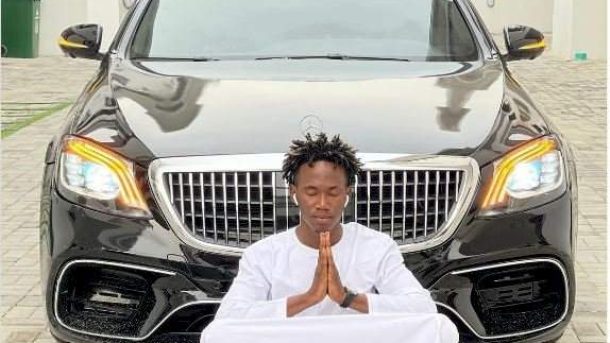 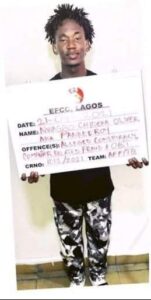 Nwagbo Chidera Oliver popularly known as as Pankeeroy is a Nigerian model, comedian, dancer and actor.

He shoots comedy with popular comedians like Sydney Talker, Nasty Blaq and others.

Pankeeroy was born on 22nd of January in Surulere area of Lagos State but he is from Anambra State, South-eastern Nigeria.

He graduated from Redeemer University in 2019, where he has a degree in Computer science.

Pankeeroy who has over 500,000 followers on instagram was arrested alongside 34 other suspects on grounds of being involved in online bitcoin fraud.

The Economic and Financial Crimes Commission revealed they were arrested on the 21st of April after the Commission received an intelligence report on their alleged criminal activities,

The comedian Pankeeroy confessed to having gone into the fraudulent activity due to depression and frustration. He is known for posing as a bitcoin vendor under the cover of a platform he formed and subsequently defrauding people of their hard-earned money.

This may also Interest you: Inksnation – Proposed May 12 Website Upgrade may not Happen If Merchants in Nigeria do not Reach 1,548,000

It was also revealed that Pankeeroy currently has N22,300,000 what of bitcoin in his name. Valuables were also seized from the comedian, one of which is a Mercedes Benz automobile worth millions of naira.

The comedian Pankeeroy got apprehended on Wednesday, 21, April, and has been spotted in a photo bearing the charges levelled against him.