Singer Sound Sultan was buried by family members close friends in the US where he passed away, Colleagues in Nigeria and other parts of the world who couldn’t be physically present attended the funeral service virtually. More condolence messages have poured in for the much-loved musician who lost the fight against cancer. 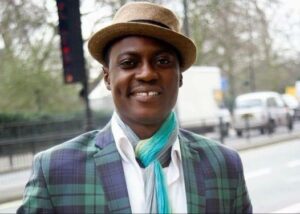 Late Nigerian singer Olanrewaju Fasasi aka Sound Sultan was buried at a cemetery in New Jersey, US, on the evening of Sunday, July 11, according to Muslim rites.

The singer who had been under medical care in the US lost his battle to cancer and it would have been impossible to have him flown back to Nigeria since it’s advisable to bury a Muslim corpse within 24 hours of demise.

Unfortunately, colleagues and other family members who would have loved to say a final goodbye to the singer couldn’t get the chance. However, some others who made it to the cemetery streamed the funeral ceremony on Zoom and Instagram. A host of celebrities like 2baba, Lala Akindoju, Daddy Showkey, Tania Omotayo, Eldee among others all tuned in to watch the proceeding and say their last goodbye to the singer.