His rumored girlfriend Alyssa Scott took to Instagram to share photos of herself holding a newborn baby, named Zen. She wrote, “I will love you for eternity 6•23•21.” Nick, 40, liked her post. 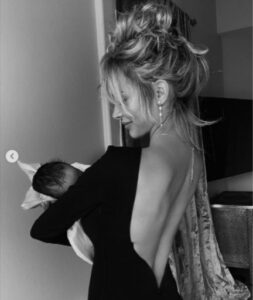 Rumors that Cannon was expecting a child with Scott sparked in May, after the Wild ‘N Out model revealed that she was planning to name her baby Zen S. Cannon.

Then in June, in honor of Father’s Day, Scott shared a photo of Cannon holding her burgeoning baby bump. She wrote: “Celebrating You Today.”

Nick Cannon becomes a father for the