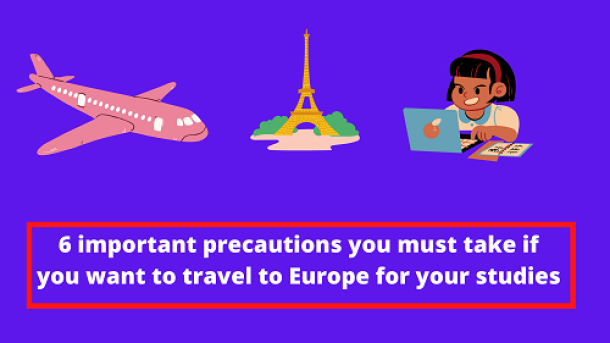 If you are traveling to the Europe for the first time especially for studies or on scholarships, there are shocks that you are going to experience that may affect the rest of your stay in Europe. We have summarized them here for you and hope that you took all the precaution necessary to avoid getting yourself into trouble. Make sure you read this article from beginning to end so that you’ll be able to understand this Shocks and how to avoid them.

The first shock abroad is knowing that 1 dollar is not equal to 1 naira. Get ready to perform all the mathematics calculation in your head as you spend. Don’t bring dollars abroad without verification.

It reminds me of this story. Two days after one of the friends I assisted arrived from Nigeria. He had changed his naira to dollars from one “aboki” while in Lagos. I drove him and one other sister who rented a room from my apartment to the place where we change currency. I was waiting in the car and the next thing I saw after 30 minutes was two police men who came out handcuffing two of them to the central police station.

Boy oh boy, I drove and followed the police car to know what happened. I told them they both stay in my apartment, and they are my brother and sister (Nigerian terminology). It happened that when the brother presented the money to change, it was discovered that two of the 100 dollar note were fake. As the rule cannot be broken, they signalled the police to come and pick a supposed criminal. After crying a river out of her eyes, the sister was released but the brother was held for 6 hours.

I told the police at the reception that I was not ready to leave. They started interrogation, God was faithful, he had the receipt of the place that changed money for him inside his bag from Nigeria. Police took him to my house and searched everywhere looking for more fake money. It was the first shocker for this brother.

Let me summarise other shockers of first arrival

In conclusion make, sure you understand the cultural difference of the country you are travelling to. The laws is not the same as your country of origin. It is your responsibility to learn the laws and stay out of trouble because if you break any law, there is nothing like an excuse or pleading that are JJC and even crying as many do won’t help you. The only thing that will help you is for you to know the rules and follow them all the time.

Europe is one of the best place you can travel for your studies, as there are a lot of scholarship opportunities available for you to apply.